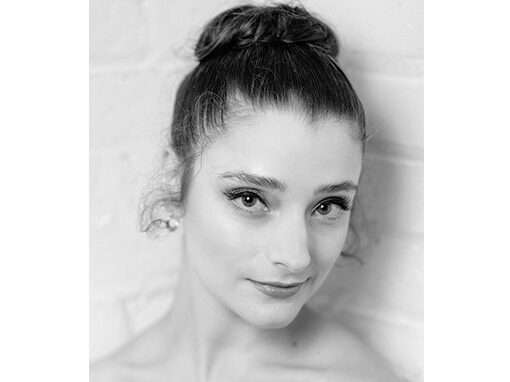 Florrie Sésé Geller began her pre-professional training with the legendary Marcia Dale Weary and the faculty of Central Pennsylvania Youth Ballet. She continued her ballet education at Next Generation Ballet with Ivonne Lemus and directors Peter Stark and Philip Neal, as well as at summer programs at the School of American Ballet and San Francisco Ballet school. After winning the gold medal at the Youth America Grand Prix Semi-Finals, Florrie distinguished herself by placing in the Top 12 Junior Women at the Final Round of YAGP at Lincoln Center and was selected by Susan Jaffe and Gillian Murphy as the first recipient of the Gillian Murphy Endowed Scholarship to UNCSA. Florrie then attended the San Francisco Ballet School on full scholarship, studying with Tina LeBlanc and Sofiane Sylve.

In 2019, Florrie was invited to represent the United States in the Beijing International Ballet and Choreographic Competition. As a professional dancer, Florrie continues her training with renowned ballet master, Magaly Suarez. She has appeared in galas including YAGP Stars of Today Meet the Stars of Tomorrow, and Florida Classical Ballet’s Summer Gala. Florrie is a certified instructor in various training modalities including Progressing Ballet Technique, and mat Pilates, and taught ballet on the faculties of Cincinnati Ballet’s Otto M. Budig Academy, and Magaly Suarez’ The Art of Classical Ballet.