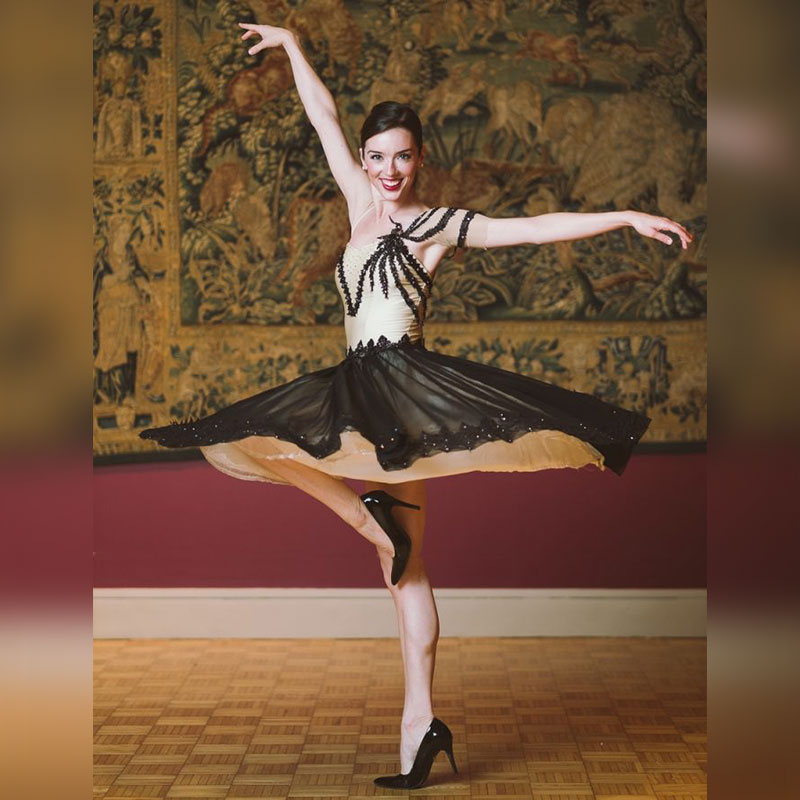 A native of Pittsford, NY, Caitlin Schwartz received her early training from the Timothy M. Draper Center for Dance Education, the official training school of the Rochester City Ballet. Under the direction of Artistic Director Jamey Leverett, she took part in a variety of performances with the Rochester City Ballet during her training. She went on to earn a B.F.A. in Dance at the University of Arizona on scholarship. There she had the opportunity to work with many renowned teachers and choreographers such as Ann Reinking, Gary Christ, and many members part of the Balanchine Trust. On Medici Scholarship, she also had the opportunity to spend two summers in Chicago attending the River North Intensive and one summer in New York City attending the Complexions Contemporary Ballet Intensive.

After college, Caitlin moved to New York City where she performed and assisted at the renowned Steps on Broadway. In 2015, Caitlin became a member of the Rochester City Ballet and under the direction of former Artistic Director David Palmer she performed leading roles in Adiemus, Under the Moonlight, Green Eggs and Ham, Summer of Love, and 52nd Street.

In the summer of 2016, she had the opportunity to guest in a collaboration with The Washington Ballet and Imagination Stage to perform in The Little Mermaid, choreographed by Septime Weber and David Palmer.