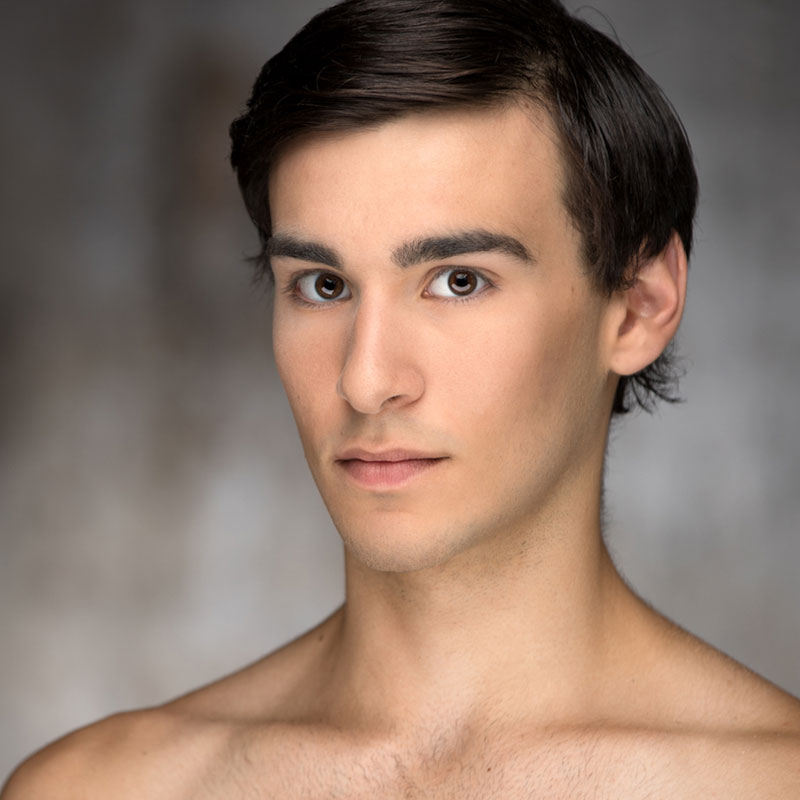 Cameron Thomas began his dance training at the Timothy M Draper Center for Dance Education in his hometown of Rochester, New York. In 2013, he began performing regularly with Rochester City Ballet. In 2015, Mr. Thomas received a full scholarship to attend the Jacqueline Kennedy Onassis School at American Ballet Theatre. He joined Kansas City Ballet II for the 2016-2017 season and was promoted to the main company the following season.

Mr. Thomas has performed featured roles in William Forsythe’s In the Middle, Somewhat Elevated, Septime Webre’s The Wizard of Oz, Val Caniparoli’s Lady of the Camellias, and Devon Carney’s The Nutcracker and Swan Lake.

In addition to being a dancer, Mr. Thomas is a pianist and has played for the Kansas City Ballet School and the Worldwide Ballet daily Zoom classes.