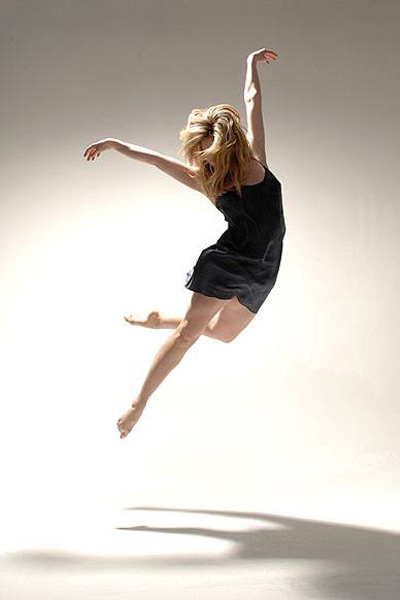 Since leaving Draper Center, Chelsea attended NYU-Tisch School of the Arts on a Dance Scholarship, graduating in 2008 with a BFA in Dance/Choreography.

Upon graduation, she was invited to dance in The Netherlands, Montreal and San Francisco.

Chelsea has danced with Sidra Bell and apprenticed with Stephen Petronio Dance. For the past two years, she has been under contract for the London based emursive dance theatre company Punchdrunks’ “Sleep No More” in NYC. In the production, she has performed six different roles.  The show has been hailed as the Number One show in Manhattan and has experienced acclaimed reviews by the New York Times as well as a story/picture spread in Vogue magazine.

Chelsea works in close collaboration with and assists Adam Barruch (adambarruch.com).  Together, Adam and Chelsea have been invited to teach and perform at several venues in the city including New York Live Arts, Joe’s Pub, as well as many dance festivals in New York City and beyond.  They were awarded a  two week long residency at “The Yard” on Martha’s Vineyard based on such performances.  In 2012 they were invited to present an original choreographed piece at Jacob’s Pillow.

Recently, they were guest choreographers at a dance intensive in LA with Body Traffic and spent two weeks setting a piece on the Boston Conservatory of Dance students.

Before leaving for Boston they were commissioned to set a piece on Alvin Ailey II.

Next in their schedule, they will be working in Philadelphia for three weeks setting a piece on Ballet X, and in December they will be traveling to Japan to perform and to create two new works for a Japanese singer/performer.

Chelsea is also a certified pilates instructor with a base of private clients in New York City, is one of the faces for the online beauty campaign for Prescriptives cosmetics/skin care through Estee Lauder, and is also an active volunteer for Dancers Responding to AIDS.