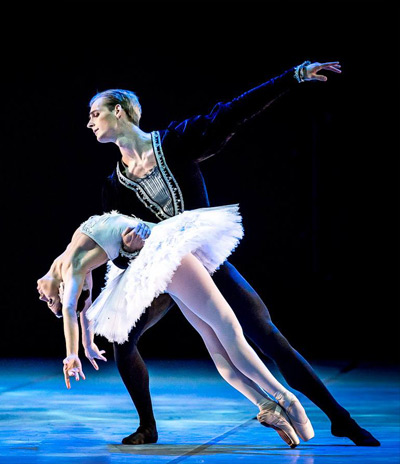 Born in Sweden, Gabe began dancing at the Swedish National Ballet School of Gothenburg at the age of 10. Half a year later, his family moved to the United States so he enrolled at the Draper Center in Rochester, NY. He received his formative dance training at the school and trained there for seven years.

Gabe was invited to attend the Kirov Academy of Ballet at age 17 on full scholarship where he studied for two years, before heading into a professional career with the Kansas City Ballet. With the Kansas City Ballet he immediately began performing soloist roles in classical and neoclassical work by choreographers such as George Balanchine, Robert Hill, Jessica Lang, Bruce Marks, Toni Pimble, William Whitener, and Twyla Tharp.

In 2012 Gabriel Davidsson joined the Estonian National Ballet as a soloist. With the company he performed “The prince” in Ben Stevenson’s “The Nutcracker”, Hans van Manen’s “Trois Gnossiennes,” as well as leading roles in ballets by Wayne Mcgregor, Marco Goecke, Kenneth MacMillan, Marina Kesler, and Thomas Edur.

In 2011, Gabriel, his brother Jonathan, and their father, concert organist Hans Davidsson founded the Davidsson Organ and Dance Collaborative. Together they have created two full length programs mixing organ music, dance, acting, and light installations with which they have toured all over the world to countries including Sweden, Denmark, Germany, South Korea, Estonia, and the United States.

In 2015 Gabriel joined the Finnish National Ballet where he is currently a company member.  Gabriel has performed Rothbart in Kenneth Greve’s “Swan Lake”, the Prince of Verona in Natalia Horecna’s “Romeo and Juliet,” as well as soloist roles in works by Nacho Duato, Jeroen Verbruggen, Marco Goecke, Wayne Eagling, Jorma Uotinen, and Jorma Elo.

Here are Gabe’s own words to describe how Draper Center influenced him and his career: