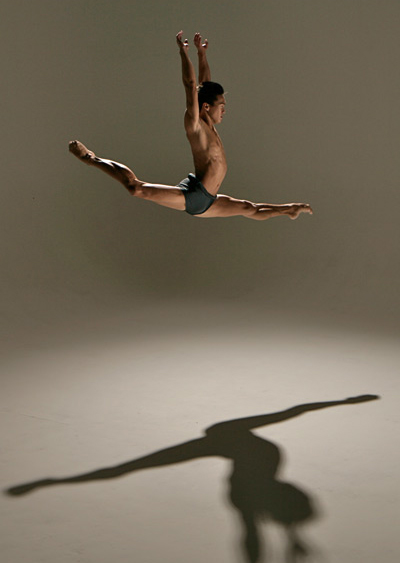 Jim Nowakowski, began his formal ballet training at the Timothy M. Draper Center for Dance Education, Rochester, NY. He performed as a Rochester City Ballet company member in 2002, in RCB’s productions of the Nutcracker, Cinderella, and Firebird.

In 2002 Mr. Nowakowski attended the Youth American Grand Prix Finals where he was presented the highest honor in the junior division, the Junior Grand Prix Prize. Later in 2004 he took home the Junior Men’s Gold and again in 2007 was awarded the Senior Men’s Gold Award at the NYC Finals. Mr. Nowakowski was a finalist at the National Foundation for the Advancement in the Arts, (youngARTS Week) and was presented with the Gold Award in Dance from Mikhail Baryshnikov. He also was a Presidential Scholar of 2007 Nominee, as well as a Carnival Cruise Line youngARTS Winner in Dance.

In 2007 Mr. Nowakowski joined the Houston Ballet and rose to the rank of demi-soloist. His repertoire at Houston Ballet included many soloist and principal roles in Artistic Director Stanton Welch’s work, as well as works performed by other choreographers such as Ben Stevenson, Christopher Wheeldon, George Balanchine, Hans van Manen, Jiri Kilyian, John Neumeier, Mark Morris, and Twyla Tharp.

In the summer of 2015 he competed on Fox’s television dance show, ‘So You Think You Can Dance’, and placed top 3 stage dancers, top 6 overall. In 2015, Mr. Nowakowski was named one of Dance Magazine’s “25 To Watch”.

Mr. Nowakowski is currently a Company Member with BalletMet.