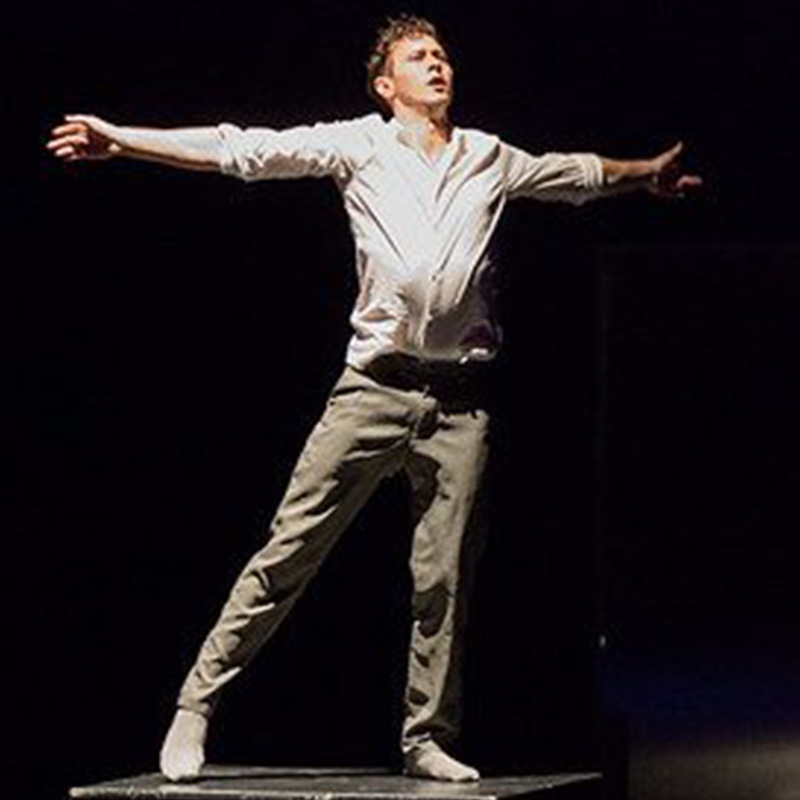 John is a Rochester, New York native. He received his training at the Draper Center for Dance Education and later the Boston Ballet as a trainee on a full scholarship.

After leaving Boston, John joined the Carolina Ballet in Raleigh North Carolina under the direction of Robert Weiss. While in Raleigh he danced in numerous ballets such as Romeo & Juliet, Sleeping Beauty, Four Seasons, Nutcracker as well as George Balanchine’s Rubies and Brahm’s Schoenberg Quartet.

John also worked with many choreographers from around the country such as Matthew Neenan, Jennifer Archibald, Mark Godden, Reggie Wilson, Gabrielle Lamb, and Uri Sands.

Most Recently John was coached by Magaly Suarez in Pompano Beach, Florida.

He is excited to return to RCB and his native city of Rochester and the vibrant arts community it has to offer.