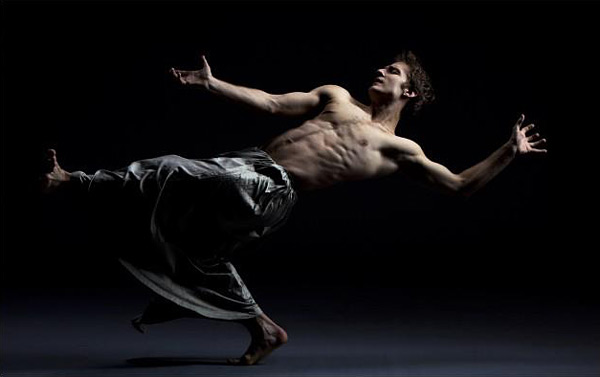 Jonatan has performed at the Bolshoi Theater during the prestigious Benois de la Danse 2019 in a pas de deux from “Artifacts” by William Forsythe’s. He performed Solor in “La Bayadere” at the historic La Fenice Theater in Venice, Italy, 2015. He has performed at the Kennedy Center, Washington DC on tour with National Ballet of Canada and Houston Ballet, at the National Arts Center in Ottawa, Canada, as the prince in “Snow White” (Harangozo) in Tampere, Finland, and extensively across North America and Europe. He performed in the gala and finals of the 2012 Helsinki International Ballet Competition, was a competitor at the 2006 USA IBC, and won a full scholarship to the Royal Ballet School in London while competing at the 2004 Youth America Grand Prix. In 2005, he was invited to be the only American to perform at the International Ballet Festival Trujillo in Peru.

Together with his brother Gabriel and father Hans, Jonathan is a founding member of Davidsson Organ and Dance Collaborative, The brothers perform their original choreography and improvise to their father’s organ playing; they have performed their work in South Korea, the US, Sweden, Denmark, Estonia, Germany, The Netherlands, and the UK. Their full evening concert program “Fours Seasons” is available on DVD. Their long standing collaboration with acclaimed Danish actor Henrik Jandorf was recently eternalized when a live performance of their full length “Hamlet” was recorded and produced on blueray disc. They have collaborated with dancers from Finnish National Ballet, Estonian National Ballet, Augsburg Ballet, and Basel Ballet amongst others.

Mr. Davidsson has an associate’s degree at Monroe Community College and is continuing his Bachelor’s degree in Liberal Arts at Harvard University Extension School. He sings, plays trumpet and guitar for fun.