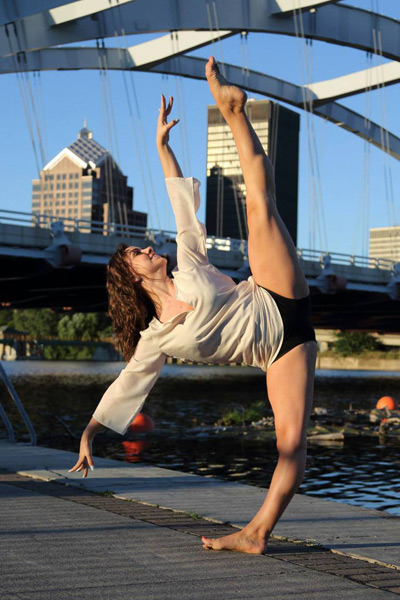 Ms. Rodriguez received her dance training at the Timothy M. Draper Center for Dance Education, the official school of the Rochester City Ballet. Shannon has attended summer intensives at both the Juilliard School and The Joffrey Ballet of Chicago. In high school, Ms. Rodriguez performed alongside the Rochester City Ballet in notable roles that include Lead Spanish Chocolate in The Nutcracker, Daniel Gwirtzman’s Encore, and George Balanchine’s Serenade.

After training, she attended the University of Arizona on scholarship where she received her Bachelor of Fine Arts in Dance after just two and a half years. While at the University of Arizona, Ms. Rodriguez performed River North Dance Chicago repertoire Evolution of a Dream, George Balanchine’s Rubies, Ernie Flatt’s Firebird, as well as many soloist roles in works by Michael Williams and James Clouser. Ms. Rodriguez also choreographed a solo that was selected to premier at the Stevie Eller Dance Theatre in 2014.

Following graduation, Ms. Rodriguez returned to Rochester to join the Rochester City Ballet as a Company Member in 2015. Since joining the Company, her favorite role to perform has been “English Toffee” in The Nutcracker.